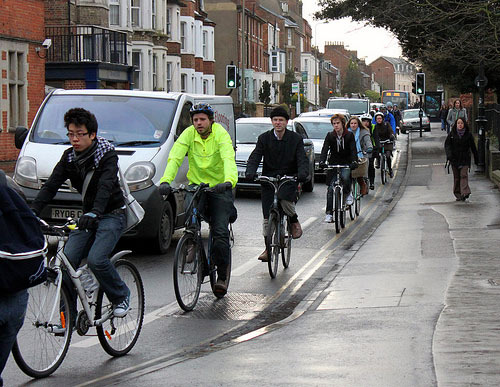 Could we soon see a wide spread introduction of Driver CPC style training to other industries where people are working as professional drivers? No matter which vehicle you are driving on a daily basis certain risks come with that vehicle, why should HGV drivers be the only ones that are having to do extra training.

Over recent months there has been some speculation that we could see a specific Driver CPC style training programme introduced for taxi and uber drivers, similar to the Driver CPC requirement this would mean they have to complete a stipulated amount of periodic training over a designated time period.

In urban areas specifically, the conversation has gathered momentum as reports of taxi and uber drivers wrongly entering lanes and endangering people or cyclists increases every year. The accidents and near misses that are happening on a daily basis are ultimately avoidable, it is clear that some action needs to be taken. However, is implementing a new training system for these drivers going to create the required long-term change? Safe Urban Driving Training has been designed by FORS to combat this issue throughout HGV and Van operators, the feedback and resulting effect of this training has been really positive. So, maybe it is time to introduce a similar training course to other professional drivers?

Opposing the idea of a new training initiative are people that do not believe it would have the desired effect, instead proposing that the money is invested into making the road layouts safer and clamping down on drivers entering cycle lanes. While there is a clear need to stop taxis or ubers entering or stopping in cyclist lanes it is virtually impossible to police every cycle lane at every minute of the day throughout the UK. Therefore, there would need to be serious consideration as to what would be worth the investment, as well as how effective the method would be.